Taking off from aspects that many of the blogs have explored in terms of meaning and knowledge making, stereotypes, epistemology and how we interpret and often misinterpret the world around us, I began to read up on what may shape these readings for us within the Building Bridges project that has brought us together.

In one way or another, many of us have worked with photographs, video and other digital media. The act of the shutter’s fractional movement monumentalizing a moment in time and space often becomes a way for us to engage with our surroundings and in turn have others engage with them as well. From Uzair’s reading of text as a mirror that reflects things around it and Jasmina’s similar mirroring and dependence of identity on the other, to Pranay’s use of photographic manipulations to oscillate between the Utopian and the Dystopian, and Vishal’s thoughts about the constant creation of binaries – photographs and videos as a medium become a tool for an artist to maybe exist right at the edge of reality. There is such an active impulse as this tool begins to shape how we as artists as well as the common man begins to comprehend his past, present and future almost entirely by way of such images – where these images are consciously being generated with a parallel inclusion and exclusion of spaces, facts and events. The viewer again and again sees what the maker of the image wants him/her to see, however close to reality that may be.

Sections of various societies and cultures have believed that the way in which a photograph freezes time is unnatural – often even deemed as dangerous for the individual being photographed. From it stealing the subject’s soul to even acting as a prediction of death, the understanding of the photographer and camera having a momentous control over the subject is one that opens up interesting dialogue.

Ignasi de sola Morales’ Terrain Vague, a short text, addresses a different aspect of the photographic image and its relevance, questioning the dialogue that is created between a photographer and his subject, and how that dialogue is translated and served to the society.

Vague, the meaning of the word itself, translates to ‘oscillation and/or instability’ in German, and ‘empty, unoccupied, available, unengaged, uncertain’ in Latin. (A side note to Alejandro's thoughts on chaos as a spur to forward movement; Morales talks of instability as a space for shaping history as well in some ways). The context that Morales plays with is that of this space of uncertainty being manipulated by photographers in ways that shape history, one individual’s perception at a time. He says that history, and to a great extent a city (as a whole) cannot be comprehended in the way that we do today without the dialogue that we have with photographic images – each framed by photographers who pick, choose and omit in order to create very specific collective memories of entire generations.

These spaces begin to etch their presence into our understanding of cities, carrying years of residue.

The photograph becomes the sovereign analogue of identity, memory and history, joining past and present, virtual and real, thus giving the photographic document the aura of an anthropological artefact and the authority of a social instrument. (Enwezor, Archive Fever)

As the photograph lies between two planes, it creates a site for expectancy. Much like the dialogue between a canalized river and its barrier, the push and pull between the referent and that which is seen by the viewer has the ability to position the photograph as an artefact; an archived object. As many of the artists begin to address binaries, even binaries that often lead to a lack of belonging on either side, I realized that for my own work the photograph acts as a point of interaction with the object or space in front of me which is at the same time a creation and a dissolution of such a binary. The lens separates me from the object, at the same time allowing me to in that moment know it in a way that is instantaneously ‘true’. I don’t know how to really understand it though, it’s a thought I have been toying it with some time – the function of a lens in the creation and/or dissolution of binaries. 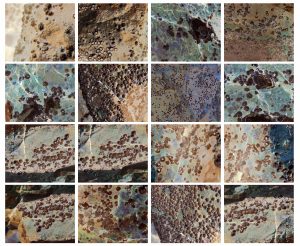 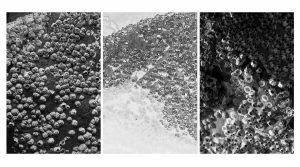