Contemporary art is increasingly subsumed under the realm of representation. Since conceptual artists were the first to consider their practice in terms of the transfer of information, a critical reconstruction of the conceptual root in contemporary art may shed some light on the conditions that determine artistic production.

In contemporary art  ideas are presented by visual means that are themselves secondary to the idea. Contemporary art proclaims itself to be an art of mind rather than the sense. In contrast, traditional art sets out to have aesthetic value as part of it's artistic value. Generally, this way of thinking of contemporary art is in line with what many conceptual artists believe that 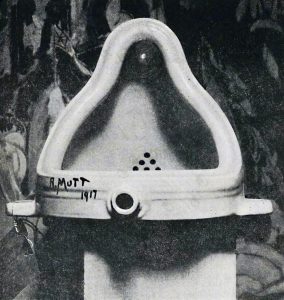 they are doing is revealing contemporary art as making a fundamental break with traditional conception of aesthetic value. But this does not disapprove the idea of aesthetic traditionalism. Contemporary art has aesthetic experience and properties through our imaginative engagement with the work of art. In the expression of Kosuth "the actual works of art are ideas"(lippard 1973).Idea itself is considered the medium of contemporary art. The term conceptual is applied so broadly that describing any art is no longer governed by a traditional medium.

Can we trace a line from traditional to contemporary art?

"I don't think we can say anything without falling into controversy, even me. I have a traditional view and prefer artworks that speak for the artist and the period. I cannot explain what contemporary art is, or atlas what it is mean to be. Yes, you can trace a line from traditional to contemporary art but not a straight one. Perhaps its is a parabola that goes up and then down, or a spiral. We do not know. With what we call contemporary art, words and explanations are always worth more.

Visual arts have been transformed by articles and critical essays; meanwhile the works themselves have become mute. In the theatre, the curator and critics have taken up the front rows. This is my view on the differences between contemporary and traditional art".