As a film enthusiast since my younger years and with a background in filmmaking, I became fascinated early on about filmmakers considered as auteurs. Filmmakers whose work you could pinpoint as their own by simply seeing a single visual, a single scene or just hearing about the plot. Think Fassbinder, Burton, Wes Anderson, and the Dardenne brothers as a few examples. After probing further into this fascination, it always boiled down to the style of the films or the themes explored that awarded them with the distinction of being called an auteur. This got me thinking in depth about themes. “Themes are the fundamental and often universal ideas explored in a work, usually implied rather than explicitly stated. Deep thematic content is not required in a work, but the great majority of works have some kind of thematic content, not always intended by the author.”

Of course, I don’t mean to selectively talk about just filmmakers, as this is just as fascinating to me with respect to all kinds of artists producing work. Let me broaden the perspectives on this through some questions. How does an artist choose particular individuals as friends? Why does an artist choose to work on a specific subject matter? What deeper ties or mutual concerns did the artist have with them? How did the chosen friends or subjects fit with the artist’s personality? Why do certain themes attract the artist so persistently? Why was the artist more open to influence by certain sources rather than others? Why is an artist more touched or inspired by one issue over the other?

Such questions race through my mind when I consider my own work or when I see other artists’ work. Again, I pose these as questions rather than realized statements (just like in my first blog post) because to me the answers to such questions are not carved in stone. To find answers to these and other questions, immersion in biological material is key. Such material can be found from the earliest years of the artist’s life, or from their tumultuous or happy teenage years or during any stage (really) throughout their lives. Whatever one can learn about the artist’s immediate family, especially the environment of childhood and youth, the artist’s circle of friends or lack thereof - any physical, emotional, and cultural influences could ideally give us a glimpse into the themes that they consciously or subconsciously keep exploring in their work.

I have attached a few images (from my films+videos) of mine that deal with children or minors less than eighteen years of age. It was only until recently that a mentor of mine pointed out that most of my work has involved issues related to children or teenagers. It had never occurred to me on my own. After I was made aware of this, the concept of themes became heightened in my mind, which is why I decided to create this blog post. I would like to believe that an artist’s unconscious fantasies are at the heart of his/her body of works and constitute the core of the artist’s thematic preoccupations. 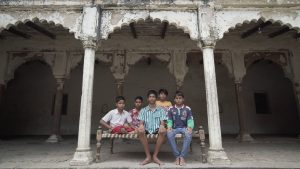 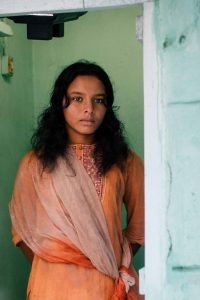 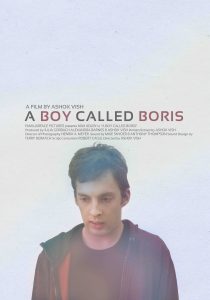