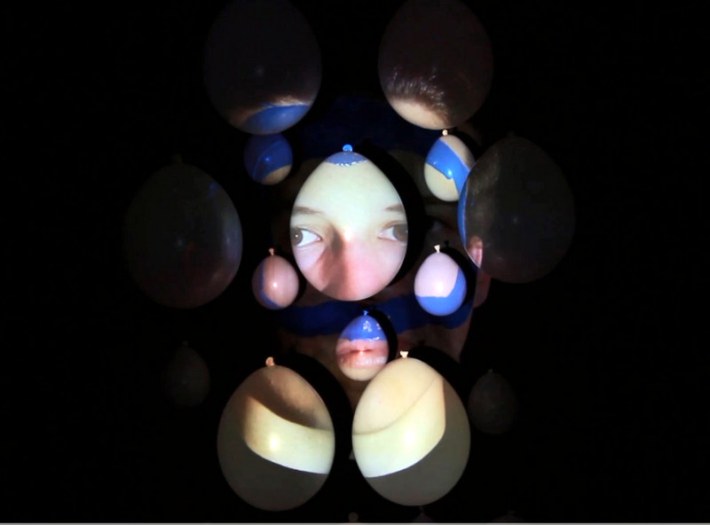 Dali’s blue is video installation by Valerie Wolf Gang inspired by the Salvador Dali’s picture Galatea of the Spheres. In the video Valerie is painting the face of a young man blue and the video is projected on white balloons suspended from the ceiling. Balloons are set in different layers so the projection becomes three dimensional in space and it degrades the video image in smaller parts which became it’s own separate videos. If you look at the projection from the frontal part you can see a young man and the painting process but if you look from other angles you can see a totally new video which can be very abstract or a very distorted person. “These small atoms, these different worlds, form love and hate and thin is the line which separates the pride from the mass destruction. In the end we are guilty for all the bad and all the good in the world. But the guilt doesn’t matter because in the end we are all just a set of atoms. Some are good, some are bad.”