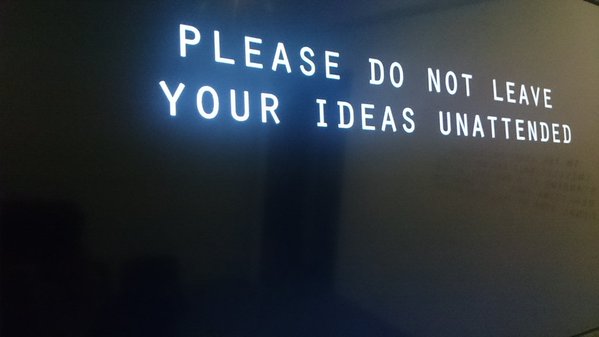 “In the story politicians, intellectuals and artists are standing at a bus stop without realising that it is in fact, the final stop.” – Francis Fukuyama

What if, as Fukuyama stated in his 1992 book, The End of History and The Last Man, we are at the very last stop? Having travelled past many possible destinations, movements and political ideologies, not only may we have come to the end of history, we might have been languishing in cyclical boredom, perceiving a comma where in actuality lies a full stop?

in/Form Art Collective has created an interactive installation which uses Fukuyama’s analogy in direct response to the research and issues presented by 126 FOOTFALL: Articulating the Value of Artist-Led Organisations. As the fifth and final installment of the Primary Resource project, Alternate Route seeks to facilitate an interstice; a reflective space, a gap or break in something generally continuous, in order to reassess from where exactly it is we wish to depart and where it is we wish to arrive.