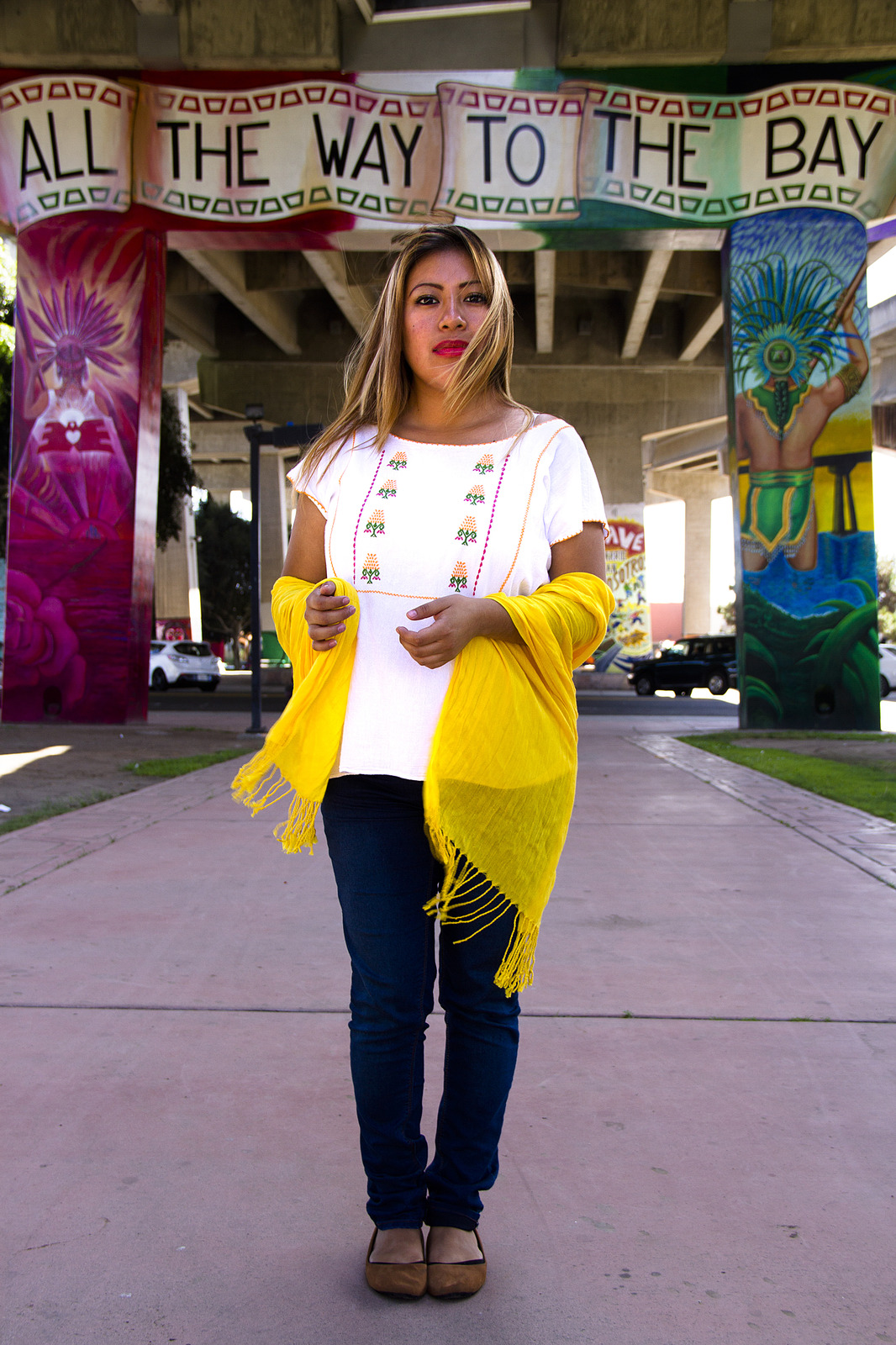 This photograph is a part of the project Caminamos La Linea // We Walk the Line. The woman in the photograph is Reyna D. Montano, who grew up in Barrio Logan. Reyna chose this location because “it is a jewel that I cherish due to its culture and history. Being born and raised in Barrio Logan and understanding its history has been an honor for me. Mexican-Americans who know little about the word Chicano often get offended when referred to as a Chicano. I personally feel honored when called a Chicana because it means that I am a proud American of Mexican heritage.”