‘Rhythm of the Blue Marble’

An exhibition of works created during the online workshop 'Bookmark'

with the participation of 21 artists from 16 countries

organized and led by Einat Moglad 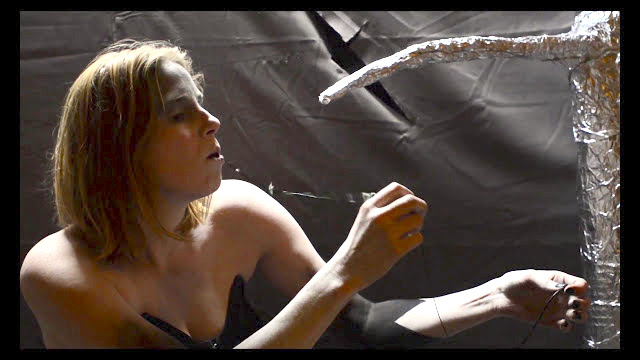 'Calling Across the Distance'

58 artists from 31 countries in a young artists exhibition

created during the COVID-19 pandemic

It opened online on June 1st, 2020 and it is on view on this website

Conceived and curated by Einat Moglad, from Tel Aviv, 'Between Worlds' gave physical embodiment to the digital collaborative works of 8 international artists in an exciting, experimental show. 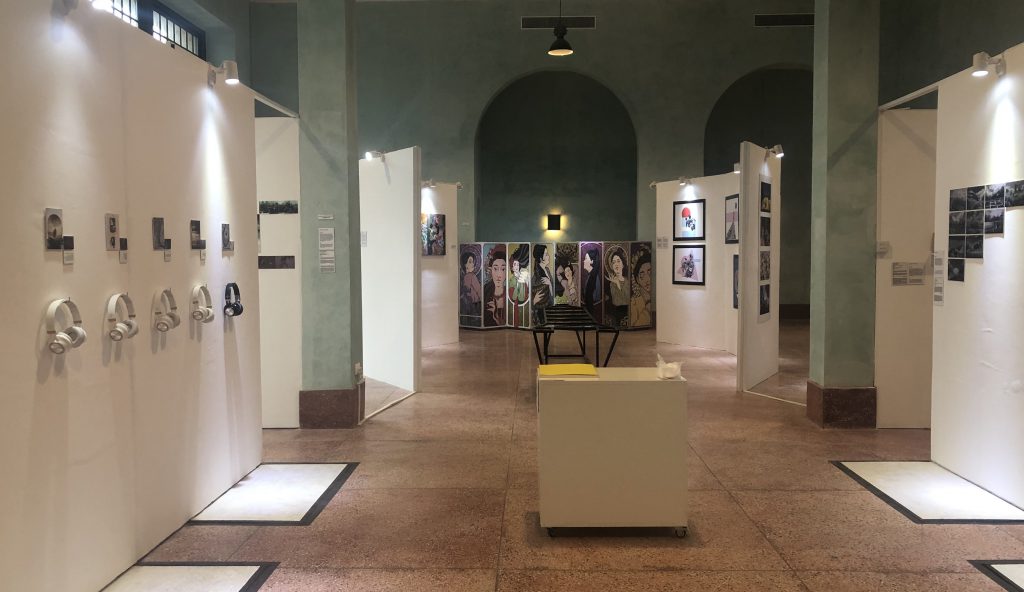 Featuring 23 artists, from India, Myanmar, and 6 other countries around the world, this was an extension of the 'Building Bridges' exhibitions which took place in three Indian cities in 2018.

See the opening night images, the online exhibition and the catalog here:

"If this were the last work you would be working on, your last image, because after it you would be silenced", asked young curator Gadi Ramadhani in the Call for Art for this exhibition, "what would you create?"

The works created for the "Last Image Show" were a reply to that question.

Many young artists around the world answered the Call, each addressing the theme of SILENCE in their own contexts and different circumstances. Eventually 35 young artists from 21 countries were selected for the exhibition, which took place in Dar es Salaam, Tanzania, in September 2018.

In February 2019 the same exhibition travelled to Lusaka, Zambia,  where it was joined by several Zambian artists. 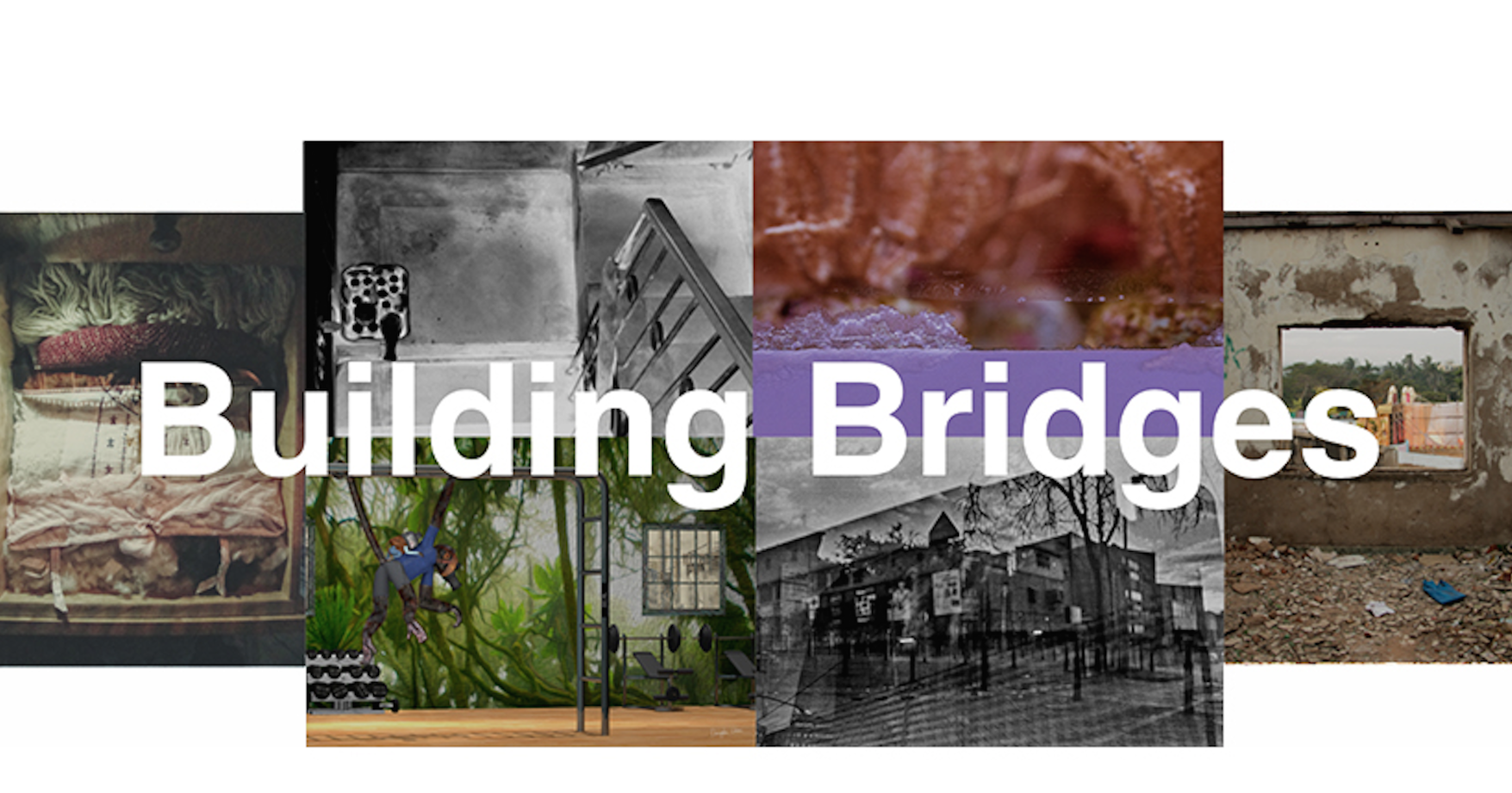 The project 'Building Bridges' created an exchange online platform, and for a period on one month in 2017 thirteen young artists from across the globe came together and opened channels of conversation, dialogue and mutual understanding through art, becoming virtual hosts by welcoming each other into their lives.

This cultural immersion helped us to discover others’ value systems, to hear voices different from our owns, to understand other cultures not as outsiders looking in at something exotic, but as friends who get invited to someone’s home. Each individual’s identity and uniqueness reached across to build bridges of empathy.

These exhibitions are a selection of some of the works that came out of the process of engagement with the idea of the Self & the Other.

Exploring the difficulties, barriers, possibilities and misunderstandings embedded in translating was the goal of our second Call for Art, on the theme 'Translations', which received more than 500 submissions from artists in 39 countries around the world.

Translations opened online on December 10, 2014. Translations: the live exhibition was hosted at the Art Department of Reed College, in Portland, Oregon, in January/February 2015. [See below for details and documentation]

In the Summer 2015 a new Call for Art on Translations was launched  in Kolkata, India, by art professor Samindranath Majumdar. The works by 23 local young artists were then selected to join the works of their international peers from the original show. This resulted  in the large new exhibition Translations - Kolkata which took place in February 2016. [See below for more information]

Crossing Borders began as an open call inviting young artists to submit works that investigate boundaries and barriers.  Artwork from 37 student and emerging artists representing 20 countries premiered online in December, 2012. In June, 2013, Crossing Borders moved from the virtual to the actual when it opened at San Francisco’s SOMArts Gallery, creating a poignant, global experience for an enthusiastic audience. In May, 2014, Crossing Borders, Seoul Edition, brought select works from the original collection to Gong Gallery in Seoul, South Korea, and showcased them alongside the work of emerging Korean artists. Finally, the collection traveled to Tijuana Mexico in June 2014, for Cruzando Fronteras at Galleria de la Ciudad with the help of the Instituto Municipal de Arte y Cultura.

"Scribble it Down", founded by Einat Moglad in 2013, is an international, digital collaboration. Through a sequential process artists from around the world work together to create communal works of art. Each artist contributes to a digital file, then transfers the work to the next, until each artists in the group has contributed to each piece. This process allows artists to bring together diverse backgrounds and perspectives. "Scribble It Down" thus becomes a platform for communication and dialogue that encourages tolerance and understanding between different cultures, traditions, and points of view.  The project raises questions about our place in society, our work in relation to others, and how we can give and inspire.