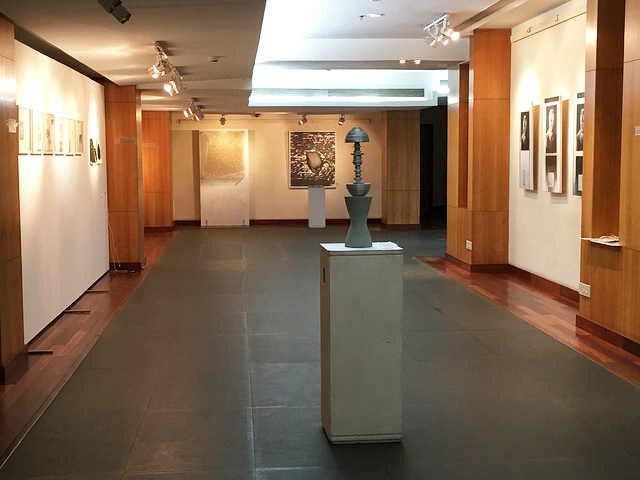 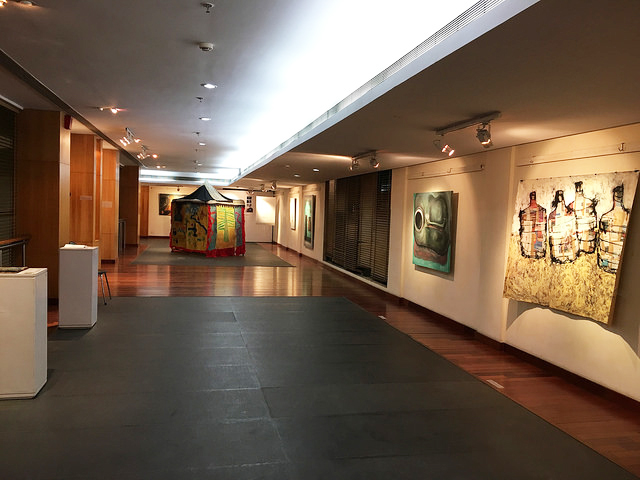 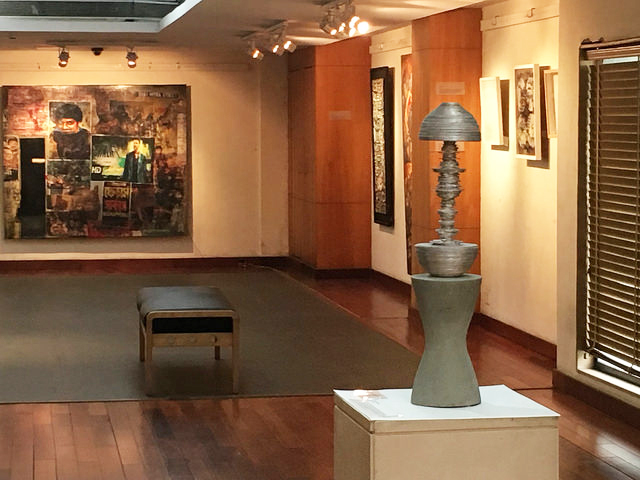 In line with Emergent Art Space’s mission of creating connections between artists from around the world, and fostering exchange and mutual understanding through art, the exhibition brought together and displayed side by side works by both international and Kolkata artists.

“This was the first time that Kolkata had such a huge collaborative exhibition of young artists from around the world”  says Jayeti Bhattacharya, the programs’ project coordinator. “It was an important event to all young artists in Kolkata. They are all Kolkata based, but from different colleges and universities, as well as from different cultural backgrounds, and for this reason we had a great variety in the works that were being displayed. The works of the international artists added another layer of interaction. We could not interact with them in person, but through their works we could have insights into their thoughts, understand their use of media and techniques.This was one of the most important aspects of the event: coming across so many good works that reflect different cultural background..." (from the interview with Jayeti)

In addition to the exhibition, a two week workshop, with 12 selected participants, was held in the adjacent gallery of the Centre. 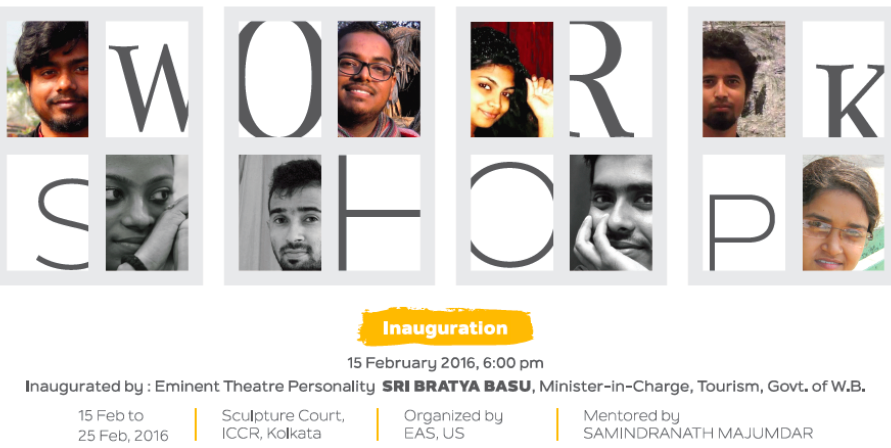 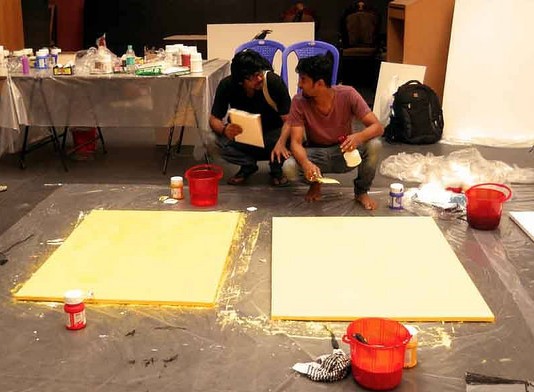 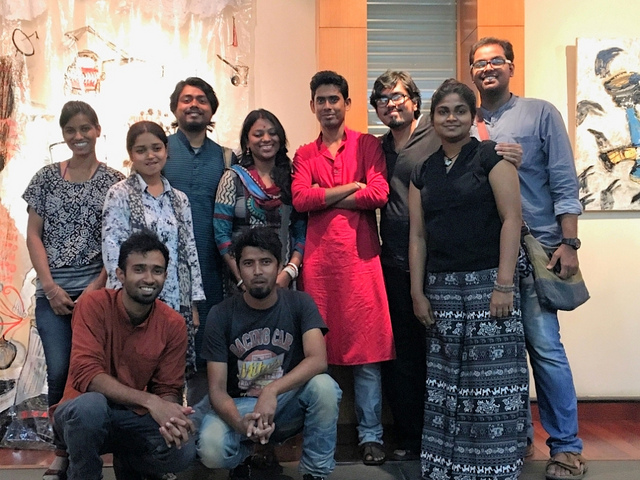 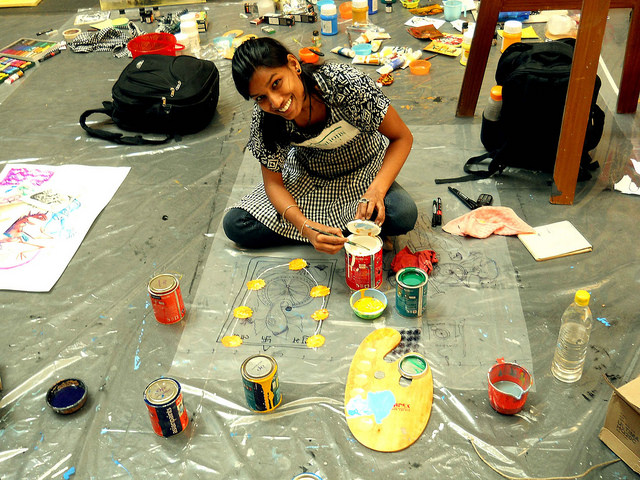 The workshop was mentored by Mr. Samindranath Majumdar, professor of art at The Indian College of Arts and Draftmanship. “It was a twelve day process of work and interaction, with the artists working on a variety of materials and techniques. The topic, ‘Translating a Sound’, invited the participants to translate into a visual language a clip of sound that each of them was given on the first day...” (from the interview with Jayeti)

The theme had invited artists to reflect on the challenges, difficulties and possibilities inherent in the effort to translate and communicate, both literally and metaphorically, and to the large and small changes and transformations which are part of the human experience. It was fascinating to see how the concept ‘translation’ was differently interpreted and expanded by the artists who participated in the show, as well as by those who attended the two week workshop.

‘Translations’ became a motivating, generative concept, full of potential for further expressive and intellectual developments, as it was well illustrated by the speakers who participated in the panel conversation on ‘Translating Culture’, the musicians who performed Hindu traditional music in the multimedia show ‘Translating Time’ at the opening ceremony, and the many visitors who were as well inspired by it. 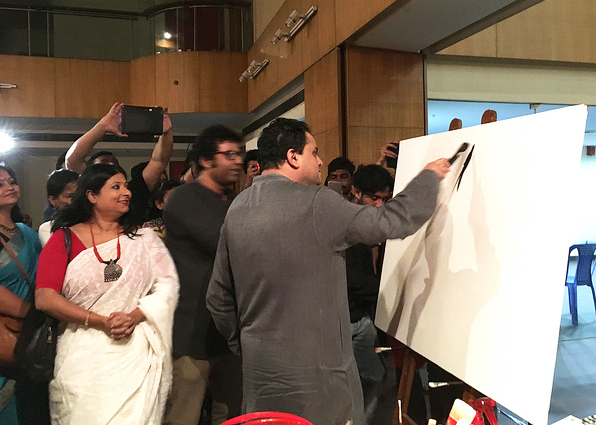 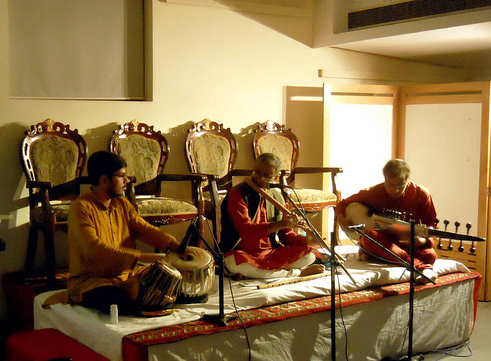 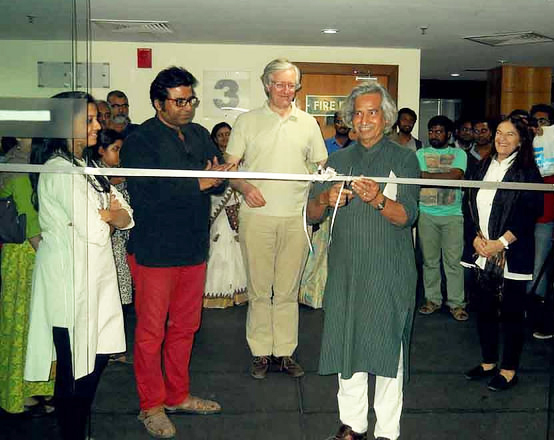 The Minister of Tourism of Bengali, famous actor and playwright Sri Bratya Basu,  attended the inauguration of the workshop. He addressed the participants speaking about the choice of being an artist, and then graciously accepted the challenge of picking up a brush and painting on a white empty canvas, to the amusement of all present.

Sri Jogen Chowdhury, the renown Bengali artist, was the guest of honour at the exhibition opening ceremony. Very attentive to all the works in the show, he encouraged us to continue in the effort of creating opportunities and dialogue for young artists around the world. His presence truly enlightened the event.

The exhibition was reviewed by Rita Datta  in 'The Telegraph', the highest circulation newspaper in the English language in Kolkata

You can read the article here

So many are the people Emergent Art Space is grateful to and wants to thank for the success of these events! First and foremost artist Samindranath Majumdar, who worked indefatigably and generously for several months, communicating long distance with EAS in a miraculous feat of cross cultural understanding and collaboration; many of his present and former students, who generously gave their time and young energies before, during, and after the exhibition: Prithwish Daw, Saptarshi Ghosh, Aryama Pal, Mithun Das, Arpan Ghosh, Prasanta Ghosh, Amitjyoti Barman,  Gopal Chakraborty, and many more ; Anup Pal, who gave his invaluable help for the installation; Jayeti Bhattacharya, who was an efficient and wonderful project coordinator, and who kept everybody sane with her smiles; the musicians Sudip Chattopadyay, Koushik Mukherjee and Pinaki Chakraborty who created magic with their music at the opening event; the panelists Indrapramit Roy, Soumik Majumdar and Anuradha Ghosh, who with their talks tremendously enriched our understanding of translations ; Rajarshi Dutta, who designed the beautiful invitations cards, the posters and the catalog; last, but not least, all the supporters who contributed to our crwod-funding campaign to make the exhibition and the workshop possible.