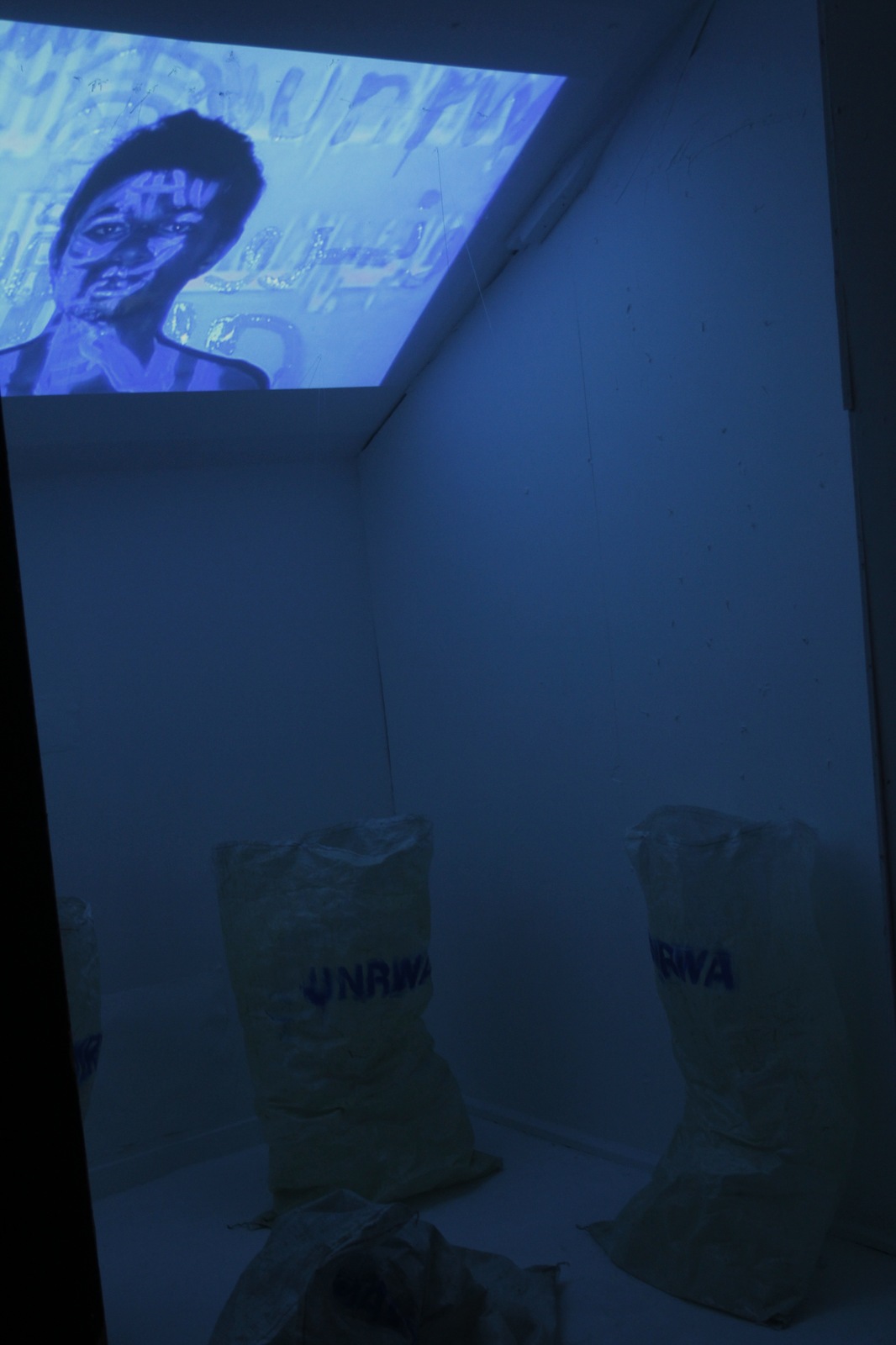 I talk in my work for UNRWA and its impact on the Palestinian people and on a refugee and I wanted to show the negative impact of the presence of it is my point of view is providing assistance achieve other goals under the guise of aid.

This has shown to influence the work of the synthesizer and video. Was a empty flour bags of UNRWA take a few extra pounds and has developed shows it has been weak over the big time.

The attached video was a show my game and I demonstrated in the image and displays the images of physical assistance and colored on the UNRWA logo images.

........
This work is a critique of reality that has passed and is going through the Palestinian people, to the world by living through material assistance, which became controlled by the political reality has.
Through my use of my body as a refugee Palestinians to show the clear influence which changes the look and my nature, and I tried to aid Ahakioaqa and goal and it shows in the empty bags.
Where he takes us aid for reasons of the phenomenon and Non phenomenon through which you want to influence us to achieve political goals and arbitrary.
UNRWA chose as one of the most prominent organizations that work to help Refugees in the world, including Palestine.
https://vimeo.com/user11598624