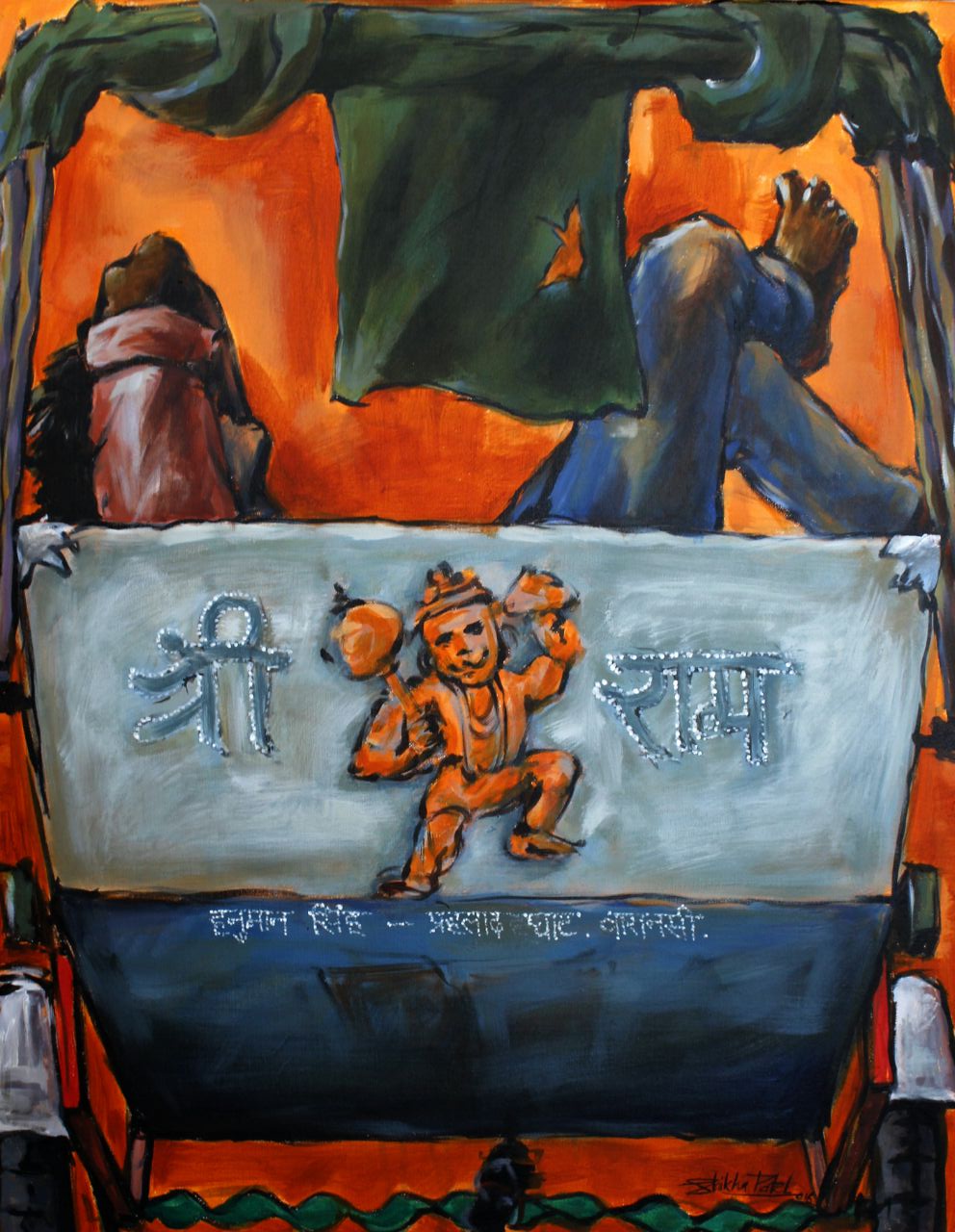 The painting is dedicated to lord Hanuman, one of the most
popular deities in Varanasi. I have assumed a rickshaw-wala whose name is
Hanuman Singh and he is a great devotee of lord Hanuman. He has a sticker of
Hanuman on the back of his Rickshaw and I have show him sleeping fearlessly on
the rickshaw as per the unbreakable faith which symbolizes the Hanuman as the
“sankat-mochan” which means the one who release all the troubles of
mankind.