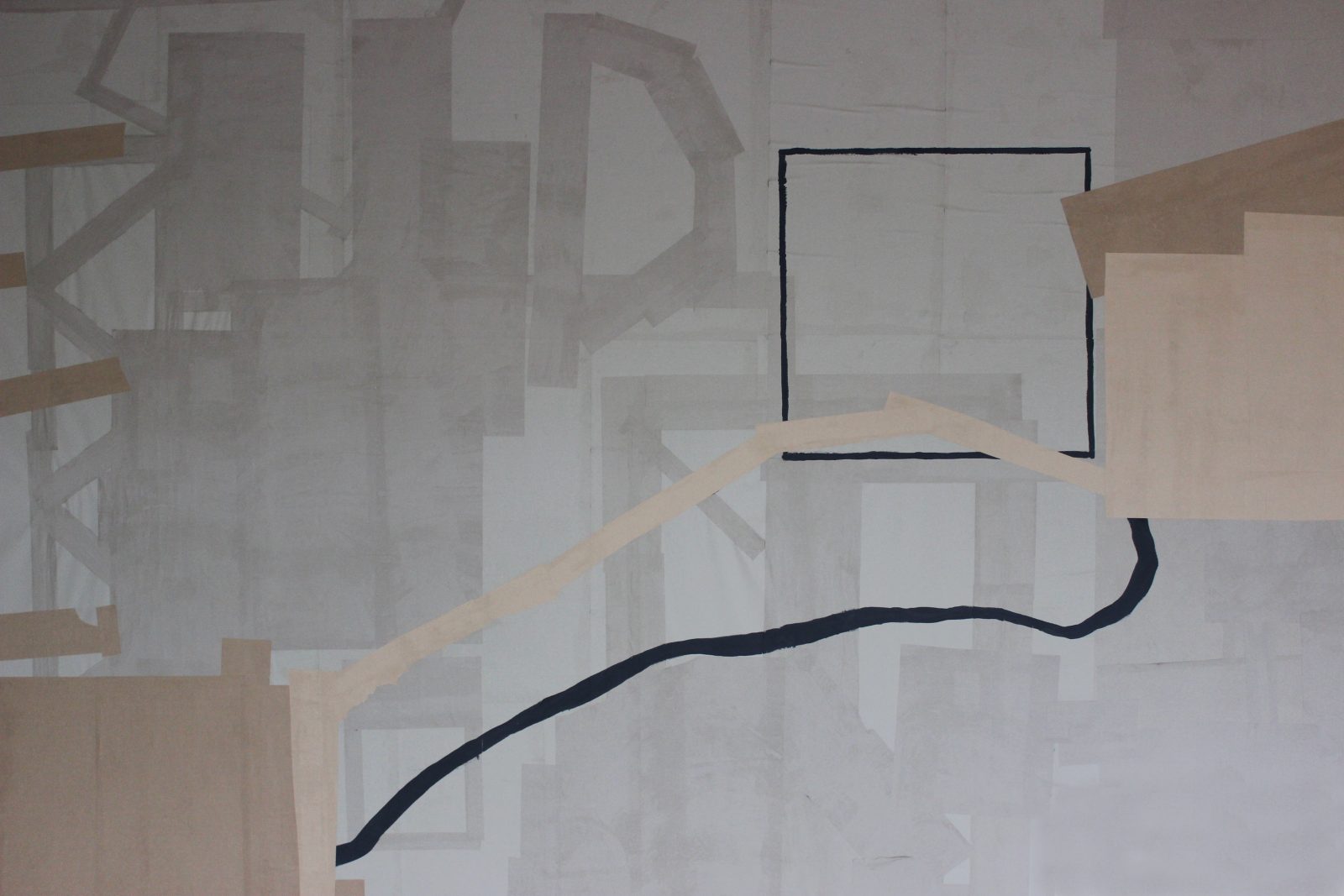 What
is a movable object? Is it something, that could be overcame
physically? Perhaps not. In a video documentation I am showing myself
colliding with a heavy object, however - unsuccessfully. After doing
so, I thought, what can I actually do about this object. I started
drawing possible solutions on my studio walls. These solutions are
intuitive and rather complicated to explain in a logical perspective,
but in the end, two other objects came out from the structures drawn
earlier. These black "tools" could be seen as a conclusion
of my task to move the cube shaped object. Though, they weren't
practically used. And that's the most exciting part for me. Since I
have done so much thinking about how could I possibly move something
heavy, I became fond of thinking, that the object has been already
moved from its' place. Not practically, but mentally. By thinking
over and over again, generating new and covering old ideas of a
simple matter, made me feel as if the task was already done, but
could not be seen.