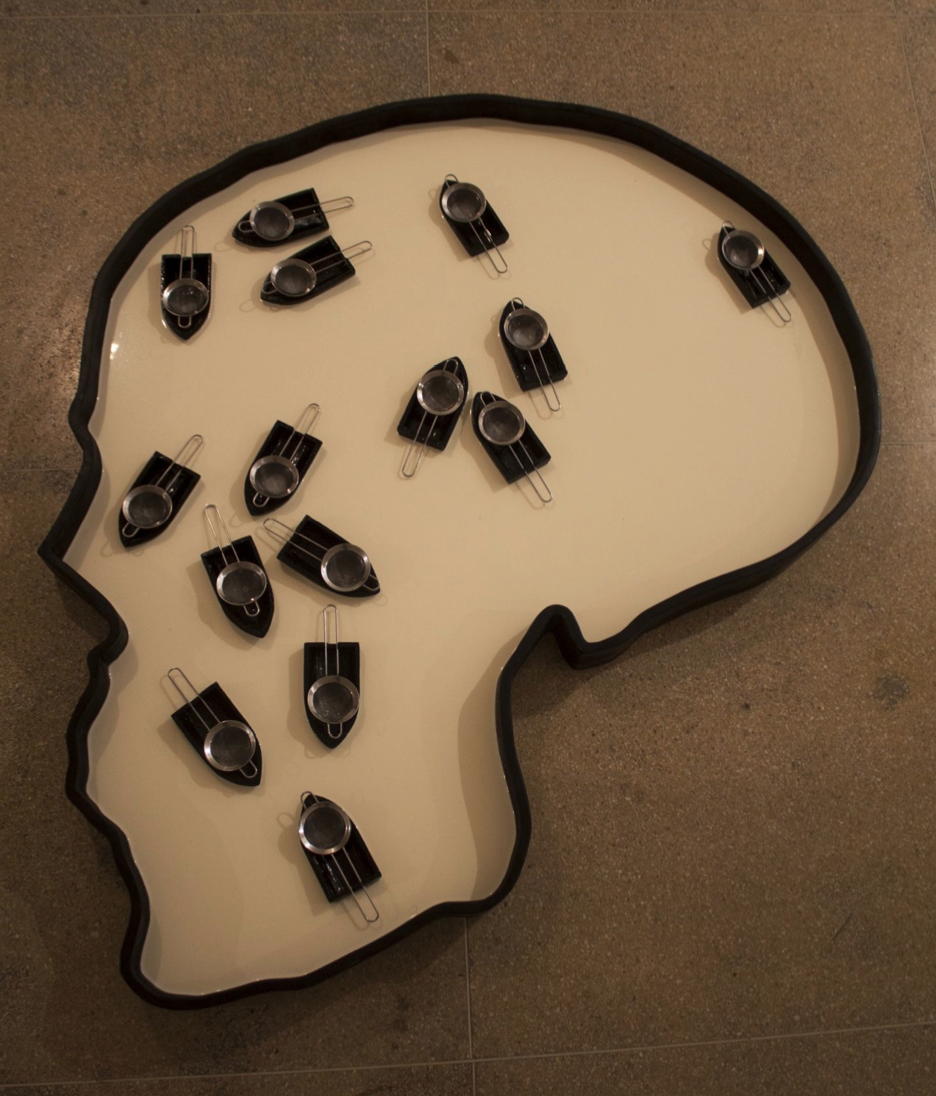 15 boats ... Each carrying a strainer, and
all float more than 60 liters of milk, inside
a wooden sculpture in the shape of a
human skull.

With any movement of air, the boats move
by changing the characteristics of the
"skull" and reflect some problems that
motivated the reflection on the creation of
"DIASPORA": what would happen after
the migration? and what is its influence on
individual identity? ...

This work can be seen as another
episode of the series of artistic attempts to
study the aesthetic inspired by the power
of migration ... while the production of the
work coincided with the period of
rejuvenation of the Syrian population in
Europe.