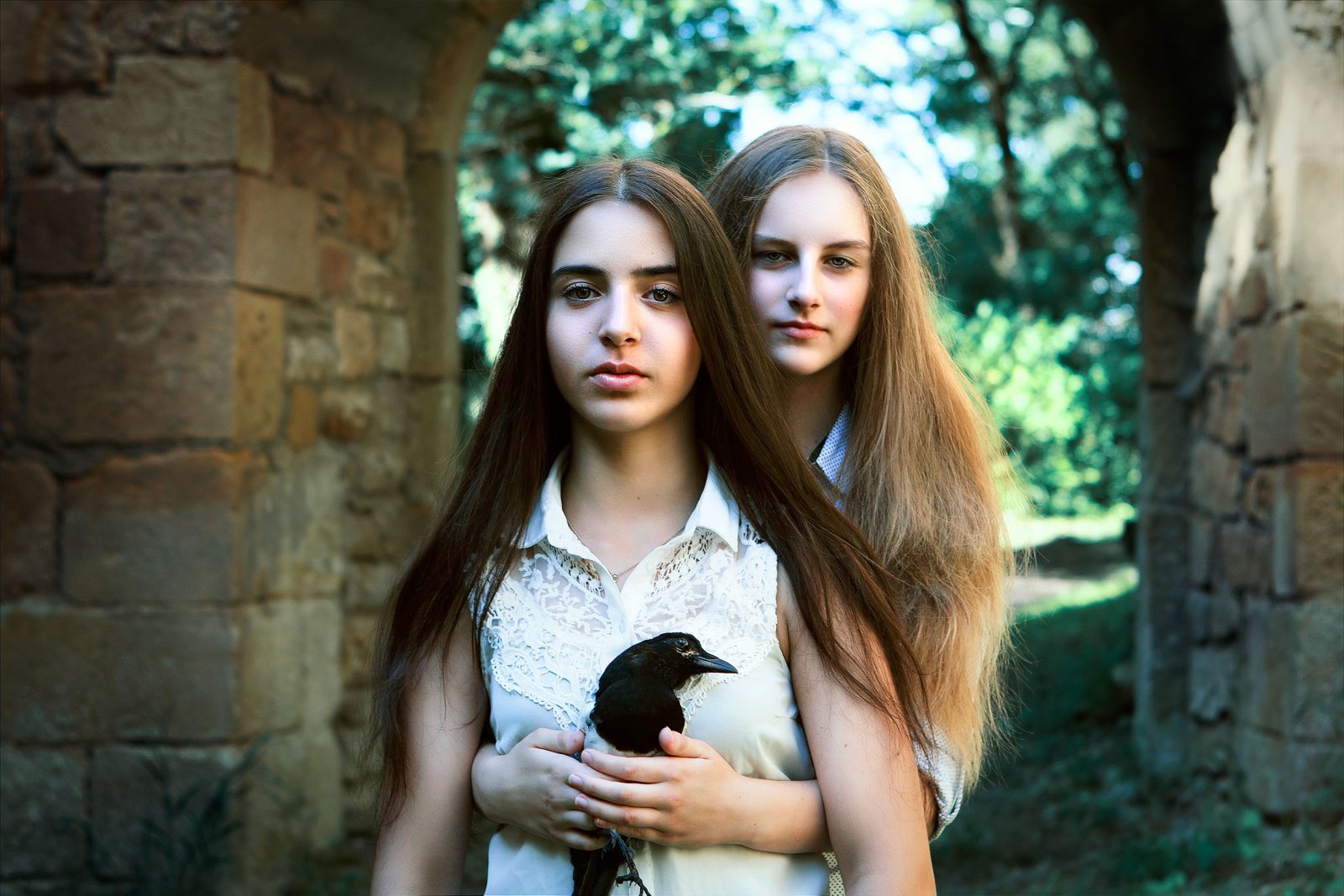 This series shows two young girls who are connected to each other, as well as to their surroundings. It is uncertain how the girls are related to each other. Are they sisters? Friends? In one of the photographs, they seem to mirror each other which is also underlined through similar clothing. In another photography, one girl is hugging the other from behind, pressing a magpie against the chest of the other girl. Through many details of the surrounding in the background, e.g. an old archway, the fairytale-like character of the series is intensified. By fixing their eyes intensely to either the sight of the viewer or towards each other, the images gain an almost threatening sense.

The third photograph shows the lower bodies of the two girls lying in front of a stone wall. At the center, a fawn is sitting above their legs. The animal plays a dominant role in the image, providing the viewer with mysterious and haunting feelings.