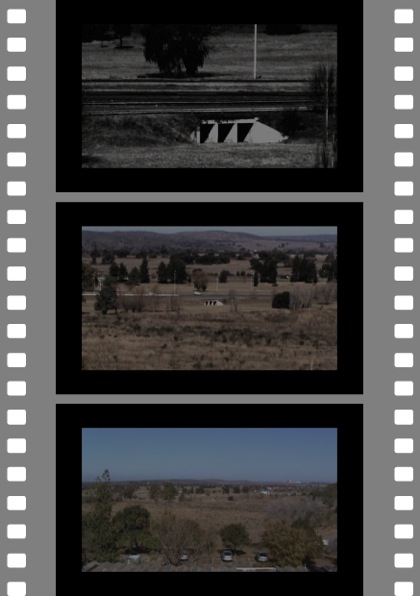 Video Art - HDV, 2011
“...they moved me to a room, I was standing, I fell down by wounds made from as many hits and from my fall of the car and then I saw the image of my dead husband. […] it appeared another man shouting that they had found my card that it had been delivered by the Deanship of the Faculty of Law. I was taken in dragging to the torture room, located on the side of the hangar of old cars and where there are stables too, for what you have to cross a patio from the main building. They stripped me and tied me to the elastic of a bed. They put me two shock batons, one of them of 220 in the body and another of lower voltage in the face, eyes, lips, head. […] Then they took me to the barn, a few meters from the torture room, I could see George (her husband), they allowed me to kiss him but not to close his eyes.”
- Graciela Geuna.*

*Testimony under the Spanish Consulate in Geneva, July the 9th of 1998. Belonging to the file “Memories of La Perla” which keeps in this Space for Memory and Ex-Detention, Torture and Extermination Clandestine Center (in Spanish Ex-Centro Clandestino de Detención, Tortura y Exterminio - CCDTE) during the Argentinean Military Dictatorship.