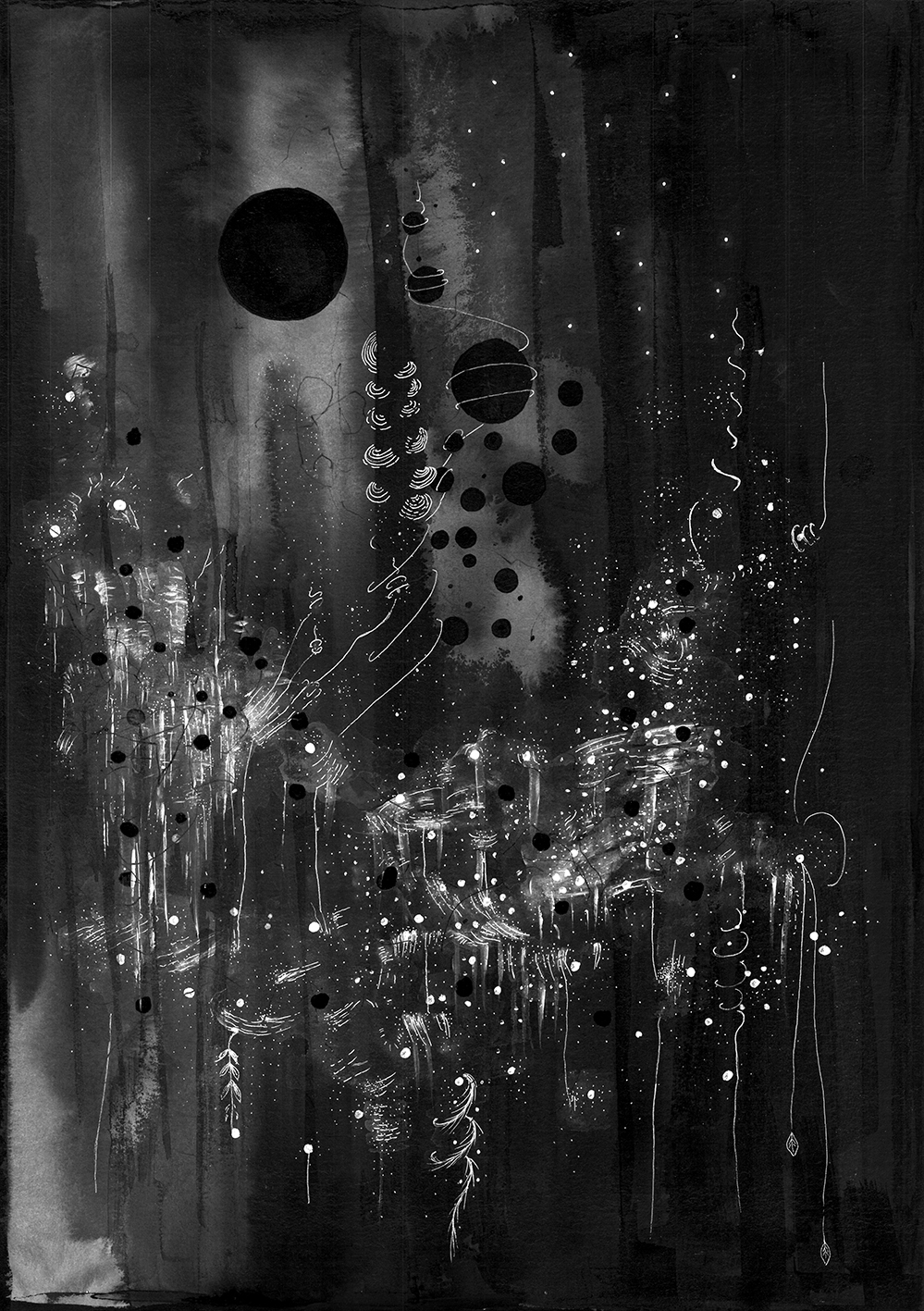 Ink and acrylic on 300gsm watercolor paper (42cm x 29.7cm)
The nebula has an eery and solitary feeling. It reminds me of the ending to the 2001: A Space Odyssey film where the main character is hurtled through space, far from human existence, is encapsulated and placed in a human zoo made by invisible, intelligent beings. Time passes and the character dies in this room but is reincarnated into an alien-like baby to be sent back to Earth. The inner journey to growth is as vast as space and so I depict the macro of space to represent the micro of ourselves or our ecosystems. If humans remain determined to colonize space, it will be found that the romanticized idea of it will be met with spending more confined time with ourselves, as because of the harsh environment, we would still live in suits and enclosed spaces.
favorite