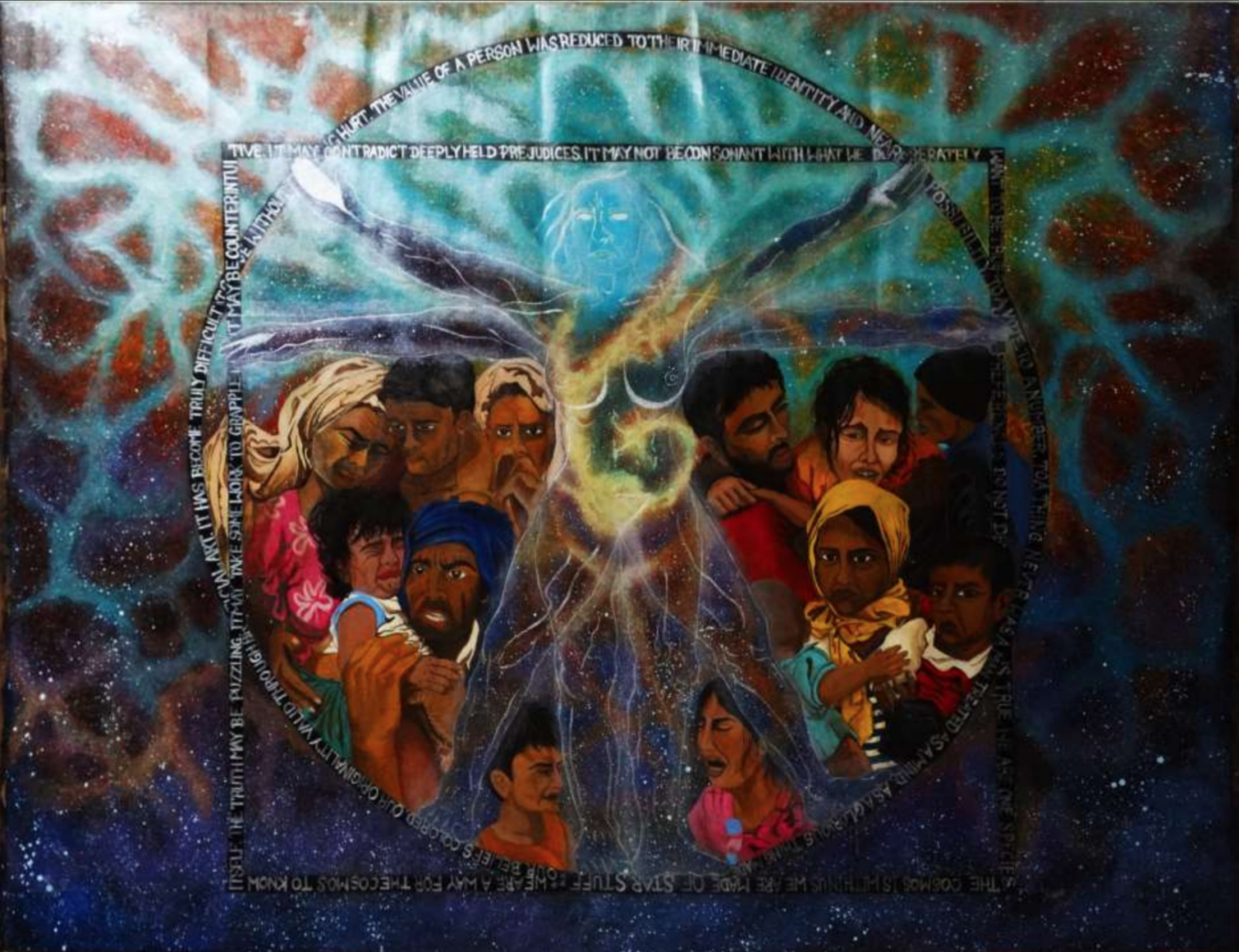 'The Only Borders' seeks to pronounce a comment about the unification of humanity as a single unit irrespective of National and Political borders. In the centre, the female figure, inspired by the Renaissance depiction of the "ideal" man by Leonardo da Vinci, is a fantastical personification of the cosmos engulfing and embodying the core of human values. The quotes of two distinct scholars narrate the dialectic of the position of a person; respectively, Carl Sagan and Rohith Vemula, of very different fates and social backgrounds, that I took the liberty to paraphrase slightly to match the composition.

The two respective comments, one by Sagan, says, 'We are a way for the cosmos to know itself. The truth may be puzzling. It may take some work to grapple with it. It may be counterintuitive. It may contradict deeply held prejudices. It may not be consonant with what we desperately want to be true. But our preferences do not determine what is true. We are one species. The cosmos is within us. We are made of star stuff.'; While Vemula's narrative, which is the excerpt from his suicide note, reads, 'Our beliefs colored our originality valid through artificial art. It has become very difficult to love without getting hurt. The value of a person was reduced to their immediate identity and nearest possibility. To a vote. To a number. To a thing. Never was a man treated as a mind. As a glorious thing made up of star stuff.' The two narratives intersect and meet at the words 'Of star stuff'. The painting is informed by real-life documentation of Syrian and Rohingya refugees.
favorite