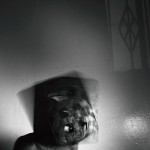 Nathi Khumalo
Location:
Soweto, South Africa
School:
Market Photo Workshop
Over the past 30 years there has been an increase in globalization, and social media are a prefect example of this phenomenon. In South Africa, is a country which is 23 years into its democracy, this has created a democratic-consumerist nation, especially in the Gauteng region where I live.
Having grown up in Soweto, and attending primary school in Yeoville, I was fascinated with the integrated social class around me, though there was still a separation.
Becoming a photographer and learning to be critical, I stumbled across a book by Abe Berry, who was an illustrator. The book, entitled "Act by Act", depicted with cartoons the forty years of the Apartheid era through legislations and acts which were passed in those years.
Through this I become fascinated, and I realized that most f the images, texts, illustrations , sculptures that we see daily have a historical context, which is part of the globalised and consumerist culture that we have adopted. I am interested in the vacuum, between the binaries how culture and sub-culture and tradition become blurred.
The narrative of "Ages" is not linear, as the are a lot of layers to the story, hence the tonal variations of the photographs is not the same, they jump around. When a detective gets to a crime scene, he gathers what is presented around the scene as evidence, what he thinks will build a solid case. I approach photography in a similar manner, as the subject matter require me to investigate the different layers (of what I photograph).
These images are an investigation in which I use photography as a tool to look for hints, as if i was building a case for the culture, suggesting a question to myself and the viewer: are you progressive or regressive on the issues of globalization? do we need more ideas of sustainability?

Nathi Khumalo's favorites by other artists